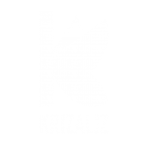 Essay on The Batman vol.4 « The War of Jokes and Riddles » by Tom King.

Tom King’s “The War of Jokes and Riddles”compares the Riddler to the Joker to reveal a truth about The Batman. “The War of Jokes and Riddles” treats both villains as opposites while it pushes The Batman to figure out the difference between the villains. (“What is the difference between a joke and a riddle?”) Tom King uses the comic book form and writes short dialogue in dramatic tone to build a narrative tension that functions as a metaphor for the telling of a joke. King writes the Batman and the Joker using the same form of short dialogue to reveal that The Batman is not the opposite of the Joker or Riddler; but, instead he is the same thing as his villains.

Batman’s opening lines (page 1 to page 3) establish the dramatic tone as he begins his narration of the story. King narrates most of the story through the voice of Bruce Wayne.

The character narrates the story to Cat woman; so, Batman speaks in the first person point of view. He speaks in short dialogue that imbues the story he tells with a dramatic tone. “After it was over, I tried to see how it began. I went where they had gone”(page 1, panels 1-2).

However, he is also an unreliable narrator because he doesn’t fully understand the complexities of the story, he admits to this in the first page, “If there were recordings, I watched the recordings. If there were witnesses. I interviewed the witnesses. If there was evidence, I collected the evidence” “They told their stories. Some of it was true. Some of it wasn’t” (page 1, Panel 3-5 and page 2, panels 3-5).

Batman’s point of view is almost objective because we hear dialogue but get little or no comment about it. King uses this to create drama. As readers we are asked to pretend that the events which will be described by a serious narrator be taken seriously.

Tom King begins to tell the story with an unreliable narrator that speaks in a dramatic tone, using short dialogue. The first three pages build up dramatic and comedic tension. The first two pages are composed of five panels while the third page is composed of four panels. The story begins with a twisted joke of three acts.

The last of these three pages withholds the punchline as the Joker utters, sitting in the dark where the audience or the reader might be; “All right. Go ahead, Mr. Feder. I’m ready to laugh” (page 3, panel 4). Both the Joker and the Batman speak in the same form of short dialogue.

The first pages present the Joker and The Batman on opposing sides. The fourth page releases the tension of the previous three pages. The Riddler laughs at the joke that was just told by the author; that the Joker and the Batman talk exactly alike. Batman and Joker both build up tension, except that one builds up dramatic tension while the other one seeks comedy (page 4, panel 1).

The Riddler’s reaction foreshadows King’s portrayal of the War. Just as the author only shows the reaction to the joke, The Batman only narrates the consequences of the battles. He focuses on the aftermath of the street violence. The author gives more importance to the reaction than to the action itself. Exactly like how a comedian aims for a good reaction from the audience.

The comic book form emulates the act of telling jokes and in this book, the combination of all its panels filled with short dialogue build up towards the “Augenblich.” The point where the story finally defines itself either as a comedy or as a tragedy.

Tom King uses the dramatic tone of the Batman as narrator to reveal that Batman’s dramatic tone is a joke. Throughout the story characters use short dialogue to add a sense of drama. The Riddler aims to be dramatic but the Joker uses this dramatic dialogue to sound funny as in “A man walks into a bullet. Ouch. Isn’t that funny? It should be funny” (pages 8-9, Panels 5-9).

The Joker transforms tragedy into comedy. However, the character of the Riddler plays the role of the fool. The witty fool. This character is a staple of Shakespearean comedic plays. The presence of the Fool is what transforms a tragedy into a comedy, as stated in her play “Goodnight Desdemona (Good morning Juliet)” by Anne-Marie MacDonald.

As a Byronic hero, the tragic law dictates who the Batman is. The Riddler takes advantage of this law by forcing Batman to go beyond his breaking point.

The story reaches its point of no return when the Batman tries to kill Riddler. This moment defines the story as a tragedy because this moment releases the narrative tension. Just like a joke would. The Riddler exaggerates the tragic law that is constraining both the Joker and the Batman, subverting both their expectations.

Because according to the Riddler, “I know you can’t laugh. It’s him (Batman), isn’t it? Punchlines need to be unpredictable, that’s why they’re funny. But with him now everything is predictable. You always lose. You need to laugh or else who are you?” (Chapter 1, page 22.) The war reveals The Batman’s crucial flaw; that he is no different from the rest of the colourful characters whom he calls villains.

That is the joke. Because he is the joke as the Riddler says to the Batman at the end: “I keep you alive for the reason we all keep you alive. You’re that first riddle you hear when you’re a child. That you return to as an adult, though you know the answer. You are not a challenge. But you’re fun.” (Final chapter, page 12.)

The author writes Batman as an allegory for Tragedy and the Joker as an allegory for Comedy. “The War of Jokes and Riddles” tries to answer the question to “What is the difference between a joke and a riddle?” However, by adding one letter and changing a word, the question now reads: What is the difference between the Joker and the Riddler? As Batman narrates the story he tries to answer this question and understand both villains.

But, the war of jokes and riddles is a war of nothing because it shows nothing. The author never shows the war because he focuses on the reaction of the characters to the war on Gotham. So, Batman doesn’t know the difference between a joke and a riddle, and to him the war was about nothing. The war is a joke that he cannot understand. The Riddler recognizes Batman and Joker as the allegories they are. The Riddler allows them to exist in a constant flux of indetermination. Thanks to him, Joker and the Batman are both tragedy and comedy. The Riddler makes a practical joke that consists of the fragmented pieces of the story.

The story reflects the dramatic tone turned into comedy because each chapter is composed of short portions of the actual story. The author doesn’t tell the entire war on purpose. The author condenses the story for dramatic effect. Just like how the characters condense their dialogue. The short chapters composed of even shorter pages tell the joke of the story; that the story is the joke. The dramatic and condensed narrative reflects the book’s thesis, that the Batman is a joke.

The story builds up tension through out the whole book, and even though there are jokes and riddles everywhere, the tension is released at the end. That is why the Joker insists that the jokes are not funny. Because it is not time to laugh yet. The author tells a dramatic story, while the Riddler tells an elaborate practical joke. However, they both release the tension when the Joker finally laughs.

The author uses the comic book form to tell a story about a joke. He uses the limited visual space that makes up every page and imbues it with the dramatic tone. The author skips most action sequences to focus instead on what is more important when one tells a joke, the reaction of the audience. The author focuses in the characters’ reactions to the events of the War. Each panel features a piece of the limited dialogue. Each page slowly builds up tension. But is it towards a joke or is the tension going to culminate in a dramatic ending?

The Riddler tells a joke that only the Joker finds funny. The author writes a tragedy that only the reader finds dramatic. They both use the alphabet’s twenty-six letters (Chapter 1, page 6, panels 3-5). They both use short dialogue. However, they achieve different things that are opposites.

In this book the author is at war with his characters. The author writes drama by writing characters that desire humour to release the tension in the narrative. The author constructs a tragic puzzle made from fragments that are little pieces of dialogue. Short sentences in rapid succession to build up tension. That is how the author uses the comic book form. These sentences are “almost funny” for the Joker. They build tension but they never release it; the author does the same with the war.

The war rages on but the author withholds it from the reader, only releasing the narrative tension at the end of the war. The Joker gets the joke but, the Batman cannot laugh because he refuses to understand that he and the Joker are the same. The Batman represents tragedy while the Joker represents comedy. However, you can only tell the difference once the story has ended.

When the author releases the tension, do you laugh or not? The “difference between a joke and a riddle” in this war of opposites that are the same thing; is nothing. And that is the joke. The joke that the Batman is tragically condemned to never find funny.