John Milton was born in London, England; On December 9th, 1608 and (presumably) died in 1674. He is most famous for writing the last super-poem (commonly known as an epic) “Paradise Lost.” John Milton was a poet, a pamphleteer, and historian.

He wrote poetry from a very young age. He spent 20 years at the forefront of radical republican politics. Then when his caused failed, he finally created his masterwork, “Paradise Lost.”

John Milton spoke many languages; so, he read everything in its original language. His family was bourgeois, they were cultured and VERY protestant. John Milton’s father made sure he received a proper education, and Milton would always be deeply grateful to his father for his education in languages. Just so that you get an idea, John Milton spoke Latin (of course), Greek, Hebrew and its dialects, Italian, French, Spanish and Dutch (Norton, 1786).

As a young man, John Milton fancied himself as the next big thing in English literature. He announced of his intentions to “glorify England and the English language in poetry” (Norton, 1787).

John Milton was arrogant, he portrayed himself as a prophetic bard and he took his first steps that would turn him into England’s most important poet; second only to the all time favourite, William Shakespeare.

He wrote a bunch of poems in which he practiced and displayed his mastery over the poetic form. Before John Milton, no English poet carried themselves so outwardly and self-consciously as an AUTHOR. His determination, sprinkled with just the right amount of arrogance, as well as the privilege of not having to work for a living, allowed him to pursue a poetic career.

Some would hesitate to call John Milton arrogant, but, he was. There’s no way around it. His personal history is deeply tied with the history of England in his lifetime. John Milton was such an active participant in matters of church and state; that whenever he signed, he would write: “John Milton, Englishman.”

I mean, he was literally presenting himself as England’s writer, as THE prophetic bard. There is no doubt that he considered himself an author and that meant that John Milton saw himself as “the spokesman for the nation as a whole even when he found himself in a minority of one” (Norton, 1786).

After university, John Milton embarked on what can only be described as his very own PhD in World literature, with the financial support of his father. During 6 years, Milton dedicated himself to read and travel. He studied EVERYTHING from, ancient and modern theology, philosophy, history, science, politics and literature. And then, if that doesn’t rhyme with privilege enough, he followed it up with a 15 MONTH “grand tour” of France, Italy and Switzerland!

While touring Europe, John Milton wrote the pastoral elegy “Lycidas” lamenting the death of Edward King, a fellow student. The poem memorializes his friend and also serves as an occasion for him to meditate on his own poetic aspirations and endeavours, his anxieties regarding the role of poetry and for not having yet completed his grand poetic project. In other words John Milton wonders whether or not he is waisting his life; A feeling not uncommon among the youth of the twenty-first century.

At the age of 30, John Milton was not sure if he would be able to fulfill his promise of writing the next great epic poem. The death of Edward King prompted Milton to revaluate his life’s work and reminded him that he was mortal. And time was running out.

A lot of Milton’s treatises were inspired by his personal concerns. And as any writer out there, his own life bleeds unto his works. He wrote and distributed pamphlets on topics that were deeply important to him. John Milton denounced the church-government relations, he wrote tracts on divorce, education, rEgiCiDE, republicanism and most importantly, he wrote the famous defence of freedom of the press, “Areopagitica.”

For books are not absolutely dead things, but do contain a potency of life in them to be as active as that soul was whose progeny they are.”

These tracts that Milton wrote were of course not popular and they were denounced by Parliament. I mean, what did you expect? John Milton’s writings could not be licensed, meaning that he could not obtain a license to get them published.

John Milton was a radical, he was a rebel that opposed to Parliament’s 1643 “Ordinance for the Regulating of printing,” or as the cool kids say, the Licensing Order of 1643. Licensing boils down to authors having to obtain a permit to publish their works. “Aeropagitica” is addressed to the Calvinist Parliament of the time who believed in God’s sovereignty and the authority of the Bible. For John Milton, “A free press was vital to the creation of a reformed English culture” (Norton, 1788).

John Milton continued publishing political pamphlets and after the execution of King Charles I, he was appointed as Latin secretary to the Commonwealth government. His job was basically to write letters in Latin to other countries.

Sadly, Milton experienced his share of tragedies. His first wife died in childbirth, his son died as well.

And, on 1652 he became totally blind. According to him, because as a little boy he used to read until midnight.

So yeah, there’s that. Oh, his second wife also died and he wrote a poem about it. It’s the one poem university teachers hand over to their teaching assistants because it’s just that boring.

Then that guy Cromwell died in 1658 which led to chaos and the eventual restoration of the monarchy, leaving John Milton out to dry. And as any member of an overthrown government would do in that situation, dear Milton went into hiding. Because he may or may not have published multiple pamphlets celebrating and sanctioning the King’s execution.

Again, he was a very politically active individual. He even published a second edition of his “Ready and Easy Way to Establish a Free Commonwealth” just 2 weeks BEFORE the monarchy was restored in 1660. Talk about bad timing.

While he was technically a public enemy and a fugitive, John Milton managed to stay hidden for a couple of months but ultimately he was arrested! But, a friend of his, Andrew Marvel (another poet) somehow managed to get him pardoned and released from jail. And so John Milton was released.

After a life of turmoil and political activism, John Milton found himself totally blind, disappointed because the “Good Old Cause” of the revolution didn’t go his way and he was now fifty years old. Also, he was plagued by attacks of gout every now and then. But at least he had his third wife… who actually survived him!

So, there he was. Defeated, disappointed and blind.

But, against all odds, and with the help of his daughters and friends who helped him transcribe his dictations, he completed his epic poem and fulfilled his promise he had made to himself and to the world a long time ago.

“Paradise Lost” by John Milton changes poetry as we know it and that is where our story begins.

If you enjoyed this entry on John Milton then please consider supporting me by buying one of my eBooks. If you are into John Milton then I have a short story that is just right for you! Check out “Worlds of Omniscience” or click the button below to explore my eBooks! 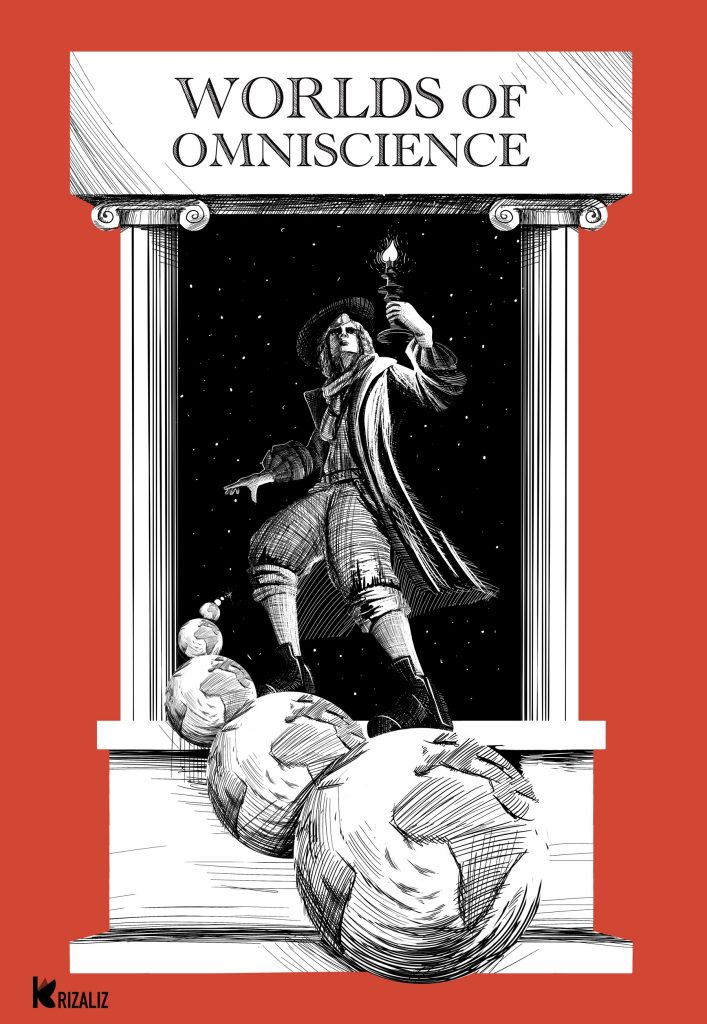